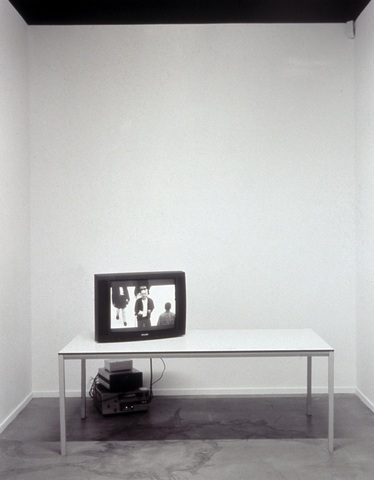 Mark Lewis’s artistic practice refers simultaneously to the realms of visual art and classic film – his film installation often references the history of narrative film, but are simultaneously too static, too ‘sculptural,’ to be fully appreciated as film. Oftentimes they merely show or deploy the technical possibilities of film rather than the logic of narration that we have come to expect from them. In Lewis’s video The Pitch zooming out of the camera becomes the only movement in the visually static picture. The artist himself is depicted in the middle of the picture reading the text in which he tells a story of the ‘extras’, the unnamed armies of so-called supernumeraries without whom thousands of films would appear desperately empty. Indeed, in any grand narrative, the citizens are merely extras.