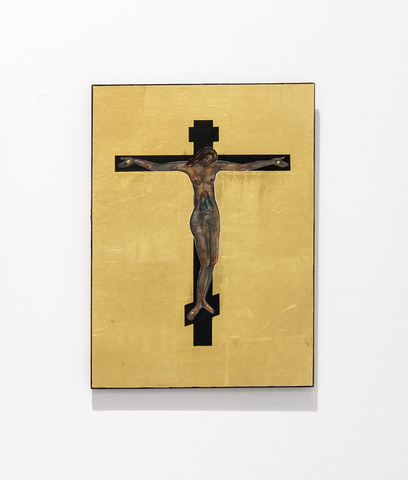 Oksana Shachko was trained from a young age in traditional Orthodox icon painting. She returned to this style of painting later in life during her period of exile in Paris, producing a series of paintings collectively titled Iconoclast. Each painting appears in the first instance as a traditional scene, yet we see details that have been individually subverted. In a set of two paintings depicting the crucifixion, we see one is a woman. The other is male, and on closer inspection we see his penis is erect (which often happens during the moment men pass away). Such features, though provocative for some, were not intended as anti-religious, but both a statement against indoctrination and a call for openness.