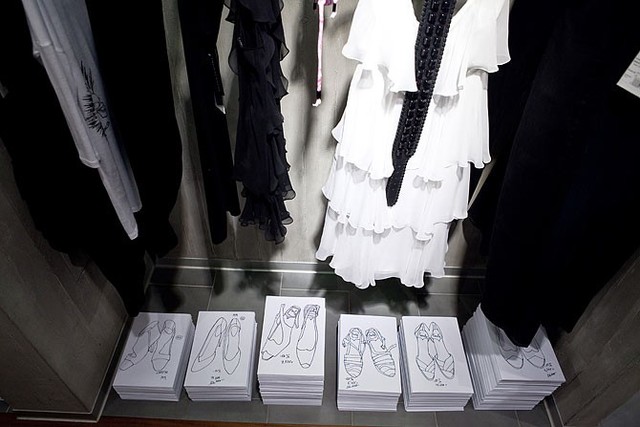 Найкомерційніший проєкт / The Most Commercial Project, 2010

Alevtina Kakhidze initiated The Most Commercial Project in 2004 while studying at the Jan Van Eyck Academy. In Maastricht, a city with many shops and boutiques, she started to draw consumer goods that she liked. The artist then would set the price for the drawings corresponding to the retail price of the actual items. In 2010, in her further explorations of consumer culture, Kakhidze organised an event in the Dress Code Concept store (Perm, Russia). She presented drawings alongside designer clothes and gave a speech in front of the store’s clients. In the video documentation of the event, Kakhidze declares that the drawings substitute the objects themselves. The Most Commercial Project questions the ideas of value, materialism, possession, and consumption.